Hey all! Welcome to another one of my adventures! This summer has been filled with adventures and it’s only June! This journey you’ll be reading about is my family’s trip to New Orleans, Louisiana.

My family and I love crawfish. NOLA is known for their seafood and specifically… crawfish! We planned our trip so we could be there during the crawfish season, which ends around the end of June. My parents went themselves, right before Hurricane Katrina, and I was a lot younger. We went as a family, in 2014, my sister and I’s first time in the Big Easy.

Now, anyone who knows me, knows I am not a fan of alcohol. I enjoy some drinks but I’m very picky. I don’t know what it is, I just don’t enjoy alcohol to the extent most everyone else does. I don’t enjoy the feeling. I’ve also only been 21 almost a year and never had alcohol before that but that’s beside the point. New Orleans is also infamous for Bourbon Street, which is like the South Side in just about every city in the U.S. People come year round to try their hurricanes (alcoholic slushie) and enjoy lots of live music and bar hopping all along that street. Late night is not when you want to go because that’s when most everyone is drunk, even though they drink at all hours of the day, and it’s just not a safe place to be. We avoided it as much as possible.

Our trip consisted of a ton of shopping (duh!), a swamp tour, a ghost tour, the Insect Museum, and a culinary tour, for the most part. The swamp tour (featured below) was super cool (aside from the bees) because we went on a boat down the bayou and learned a little bit of history as well as saw some alligators! Our guide had a small one on the boat and allowed us to hold him, after properly demonstrating, and it was so wild. There was a little piggie and some kittens in the gift shop of the place we went for the tour, also. The shopping we did all over, but the French Quarter mostly since that’s where we were staying.

The ghost tour (not featured) was really awesome because we had a hilarious tour guide. He took us on a walking tour around the French Quarter and showed us some infamous sights as well as told us some of the craziest ghost stories and experiences he amongst others have had over the years, along with some of the city’s history. I think that was my favorite because the weather was perfect, we walked a good bit, and got to hear ghost stories. If you go there and want a ghost tour, get DJ. He’s great and he’s hilarious. He makes the history a lot less boring.

The culinary tour was exactly like the food tour I had in Rome. We all met up at the first restaurant and walked from place to place trying different cajun, creole, and New Orleans staples as well as its history. We had food such as crawfish beignets, gumbo, hot sauce (not me), and beef brisket. We even went to a bar restaurant called Tujague’s whose bar is older than the United States. Crazy.

I definitely went out of my comfort zone with trying new and different foods and being in an area basically known for drunk people, but overall, I enjoyed the trip. The hotel beds were comfy af too which was nice when we got too tired of walking. I suggest if you go to New Orleans, have a hurricane (I may not be a fan but that doesn’t mean you won’t be), go to the Royal Street Oyster House and have the crawfish ravioli, and of course Cafe du Monde. If you’re a tea person, they don’t have tea, just stick with water. The beignets are reason enough to make a trek down there. The Riverwalk is also beautiful too. It overlooks the Mississippi River. It’s hard to pull yourself away from a view like that.

I enjoyed another chance for a photo op, haha. Check out some of my favorite photos from the trip below! The rest can be found on my Flickr page!

Stay tuned for more adventures! I have a good bit of live shows coming up so keep an eye on my adventure blog for those as well ;D 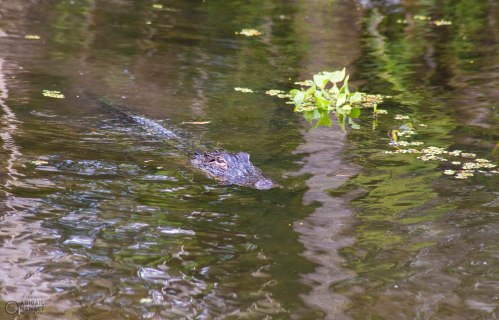 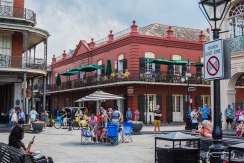